How Does Jujube Work?

Jujube is a deciduous shrub that grows straight or crooked and grows to a height of 5 to 10 meters. The leaves are oval in shape, hairless and glossy green, and the margins are serrated. The flowers are greenish-yellow and very small, up to 5 mm in diameter, and have 5 invisible petals. The fruits of the tree are elliptical and firm and reach 2-3 cm in length. Unripe jujube is green and slippery and has an apple-like taste that turns dark red and wrinkles when ripe.

Jujube fruit, which has a long and narrow core, ripens in full in autumn. It tastes sweet, edible, and has medicinal properties.

This small, shrub-like plant is native to areas of Asia and Australia, as well as Southern Europe and parts of the southern United States. Zizyphus jujuba— commonly known as jujube—has an edible fruit that is similar to a date. Sweet and fiber-rich, the jujube fruit is packed with nutritional value, a good source of vitamin A, C, B vitamins, minerals including iron, phosphorus, and calcium, and healthful fatty acids. 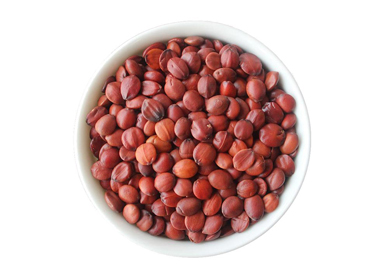 Jujube has been employed for thousands of years in traditional Chinese medicine, including as a sedative, an anxiety reliever, and a digestive aid.

The nutrient-rich fruit and seeds of the jujube plant are used in supplement form, both on its own and in combination with other natural, therapeutic ingredients.

How to consume jujube?

Dried jujube is used to make jujube syrup and drink.

In Jordan, Lebanon and other Middle Eastern countries, fresh and dried jujube fruit is eaten as a snack or with an after-meal dessert.

Smoked jujube, also known as black jujube, is one of the most delicious snacks in Vietnam. In India, jujube fruit is used to make pickles. 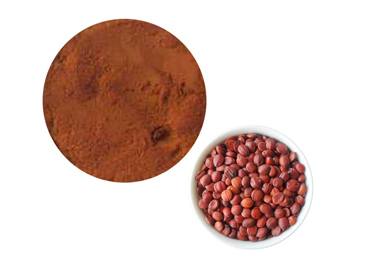 How does jujube work?

Rich in vitamins, minerals, fatty acids, and other health-promoting organic compounds, jujube can have broad benefits for sleep, mood, general health, and protection against disease. Here are some of the specific ways jujube benefits health, according to scientific research:

As an antioxidant. Jujube contains potent supplies of several antioxidants, including vitamins C, B, and A. Antioxidants help repair and restrain cell damage, and reduce harmful oxidative stress and inflammation in the body. Jujube’s antioxidant powers may offer widespread benefits and protections, including for the liver and the cardiovascular system.

As an anti-inflammatory. Scientists have identified several important phytochemicals, known as saponins, in jujube. These natural plant chemicals have powerful anti-inflammatory capabilities, and scientific research shows they have a beneficial effect on the immune system. Jujube also contains flavonoids and polysaccharides, phytochemical compounds that scientists believe also play important roles in strengthening the immune system. The plant’s ability to reduce inflammation is likely the source of jujube’s pain-relieving effects.

As a sedative. Two types of phytochemicals in jujube, saponins and flavonoids, trigger changes to neurotransmitters, including GABA and serotonin, which can make it easier to fall asleep and stay asleep. At least one of the saponins in jujube, jujuboside A, helps to quiet activity in the hippocampus region of the brain. And jujube contains a flavonoid compound, spinosin, which appears to trigger sleepiness through its effects on serotonin. These are some of the explanations scientists have identified to-date for jujube’s sedative effects.

The source is from here.