Your Position: Home - Health & Medical - What is the difference between flocking swabs, sponge swabs and ordinary cotton swabs?
Guest Posts

What is the difference between flocking swabs, sponge swabs and ordinary cotton swabs?

Recently, it has been wildly spread on the Internet that "the cotton swabs used for nucleic acid detection contain carcinogenic substances such as fluorescent agents". Is this true?

In fact, the cotton swabs that everyone is talking about is actually not accurate. The professional term is called "swabs", which are mainly divided into three categories: ① flocking swabs, ② sponge swabs and ③ cotton swab swabs.

And swabs are not available because of the new crown epidemic. Microbiological sampling is involved in many fields such as food, medical care, and catering, so as to control and manage public health. For example, the "National Food Safety Standard for Disinfection of Dining (Drinking) Utensils" GB14934-2016 stipulates that Salmonella typhi, Escherichia coli, and Staphylococcus aureus are the main detection bacteria for tableware and drinking utensils. Sampling will use swabs, which are used to collect microorganisms on the surface of the object to be tested.

Next, let's take a look at the structure of the three types of swabs commonly used in clinical practice, and what are the characteristics of each. 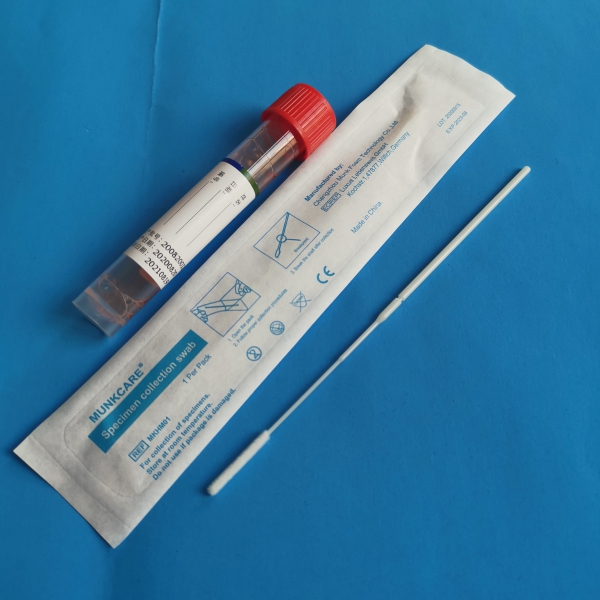 The special structure of the flocked swab head can make the entire sample collection area without internal absorption holes, and the capillary action between nylon fiber bundles promotes strong hydraulic absorption of liquid samples, and its adsorption force is very strong in collecting viruses and DNA. ; The collected sample remains on the surface of the fiber bundle, will not disperse and stay in the fiber, which makes the elution easier and also has a better release rate.

The flocked swab head has a large contact area and a long handle. Its fast adsorption capacity and excellent release efficiency provide protection for limited or trace amounts of DNA, and it is especially suitable for the extraction of exfoliated cells on outdoor sites and in contact.

Sponge swabs are made of layers of mesh cotton and are often used to moisturise the mouth and help loosen thick mucus secretions, food scraps and thickened saliva, and are also commonly used in eye surgery.

The structure of the sponge swab head is a mesh structure, and it is difficult for microorganisms to be released after entering the inner mesh.

Traditional cotton swabs are made of thousands of meters of fibers wrapped around the top of a plastic rod. It is an important equipment for collecting biological evidence. It is suitable for the sampling of mucous membranes and wounds, and is often used to extract biological samples.

The swabs created a matrix environment with many gaps in the arrangement. Cells and microorganisms that have been collected after sample collection are trapped in these crevices, trapped in the fibrous matrix of the head, and difficult to be released.

Therefore, when testing the nucleic acid of the new coronavirus, we usually use the first one - the flocking swab.